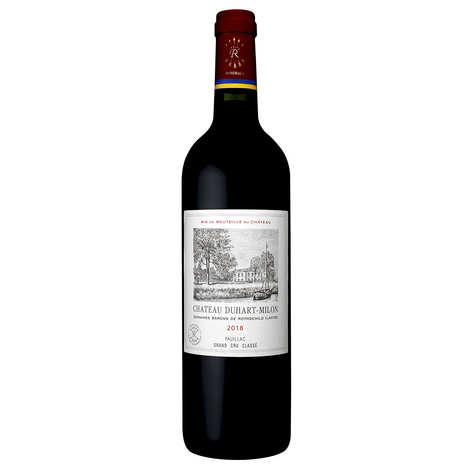 In the early 18th century, Pauillac began widespread grape cultivation at the urging of the Lafite lords. The Milon wines served as additional income for Lafite’s master, and became Château Lafite’s second wine. The 1855 classification recognized the quality of Duhart-Milon’s soil by ranking it as the only 4th growth wine in Pauillac. Between 1830 and 1840, the Castéja family was left an inheritance by both Mandavy and the Duhart widow (35 acres). The family thus possessed a 99 acre vineyard that was named Duhart- Milon. The property changed ownership many times over the years and suffered a decline in the quality of its’ wines. The property was named after the Sieur of Duhart, gun-runner to Louis XIV, who originally owned the property, and from the name of the little hamlet of Milon which separates the Duhart-Milon vineyard from Château Lafite.