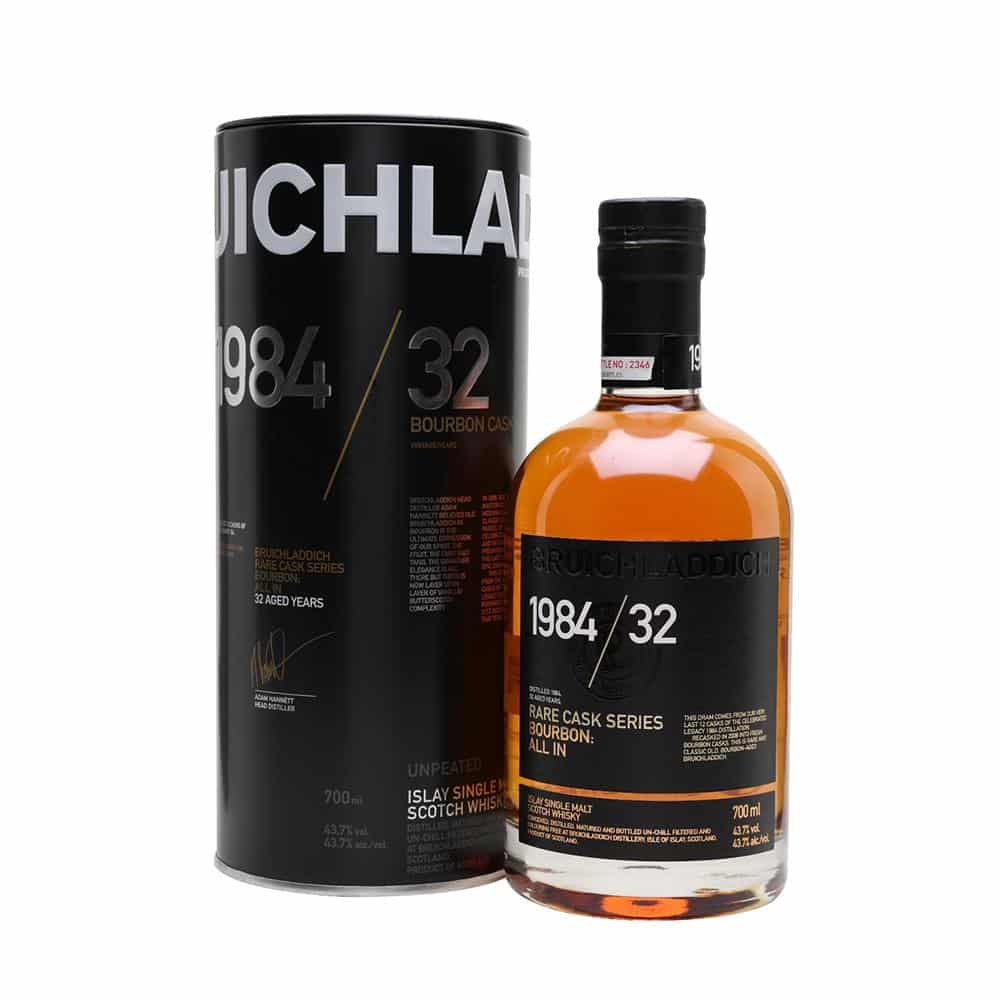 Head distiller Adam Hannett has released a series of three very old Bruichladdich whiskies that he describes as ‘The last of their kind”.  The final three parcels of casks from distillations in 1984, 1985 and 1986 have now been bottled here at the distillery and are making their way to exclusive retailers of premium spirits around the globe.

Adam says: “These rare, old single malts are a direct link to our past, to the men who made truly special spirit here while facing very different circumstances to those which we enjoy today. Testament to their skill and hard work it was laid down to mature by the shores of Loch Indaal, unaware of what the future might bring.

“Three generations of distillers have watched over it, each of us helping to shape the final concept. It has been my privilege to decide that the treasures we have nurtured are now ready to be brought to the world.

“These whiskies when tasted leave me speechless. They are in their prime, the last of their kind and can never be repeated, never recreated. Nothing quite like them will ever be seen again.”

The 1984 is drawn from just 12 casks of classic Bourbon-aged Bruichladdich, a style Adam considers to be: “the ultimate expression of our spirit. The fruit, the faint salt tang, the signature elegance is all there with layer upon layer of vanilla/butterscotch complexity.”

The 1985 comes from the final 22 casks of legacy stock originally filled into gentle third fill bourbon casks that lay untouched until 2012 when it was re-casked into fresh Bourbon before a final coup de grace in French oak from one of the greatest French chateaux.