Hennessy 8 Encompasses the Brand’s History in One Spectacular Bottle 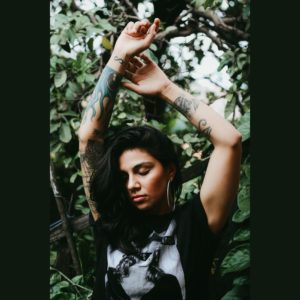 In a typical company, the passing of the reins from one generation to the next is cause for a retirement party, a gold watch, a few pithy speeches. But Hennessy isn’t just any company, and Master Cognac Blender Yann Fillioux isn’t just any employee. For more than 200 years, the Fillioux family and the Hennessy family have worked together to make Hennessy the best-selling cognac in the world. Yann, who started working at Hennessy in 1966 and became Master Blender in 1991, is only the seventh Master Blender in the brand’s history. His handpicked successor, Renaud Fillioux de Gironde—who also happens to be his nephew—has worked on the Comité de Dégustation (Tasting Committee) since 2002, but to become Master Blender he must undergo a rigorous apprenticeship under his uncle. It’s an open-ended process, which means Yann will not relinquish his position until he thinks Renaud is ready.

As a capstone to his long career, Yann—with input from Renaud and Hennessy CEO Bernard Peillon—has created what may be the most spectacular cognac in the brand’s history. Hennessy has enormous stocks to draw on, going back as far as 1800, and eight of the finest and most historically significant have been used in the new blend, appropriately called Hennessy 8. The number celebrates Renaud’s becoming the eighth generation of the Fillioux family to attain Master Blender status. It’s noteworthy not only because most cognacs are blended from dozens of eaux-de-vie, but because all eight of the Master Blenders’ creations—some more than 200 years old—are represented in the blend. It’s virtually the entire history of the brand in a bottle.

The Master Blender’s role in making cognac does not include the actual distilling of the eau-de-vie, the unaged grape-based spirit that legally and aesthetically becomes cognac after a minimum of two years in French oak. But it is his job, along with the Tasting Committee, to determine which eaux-de-vie are worthy of becoming Hennessy cognacs—and which of those have the potential to be exceptional. “Our job at this stage, at the very beginning of the process, is to be able to see the potential,” says Renaud. “You put the eau-de-vie in the best condition, and you’re going to follow them and re-taste them every year, to see how they’re evolving. And this is how you end up sometimes, after 50, 70, 100 years, with a truly great eau-de-vie. But it’s one in 1,000, one in 10,000.” At the end of the process, the Master Blender and the Tasting Committee decide when each cognac has hit its peak maturity. It’s then the Master Blender’s job to blend cognacs of different ages and intensities together to create the final product, whether it’s the entry-level Hennessy VS or a once-in-a-lifetime bottling like Hennessy 8.

With a package this monumental and a backstory so fascinating, the actual liquid may seem almost too precious to drink. But anyone who buys it to collect or as an investment will lose out, because Hennessy 8 is an extraordinary cognac. So many extra-aged cognacs can taste harsh and overly woody, but this is a revelation: dry, with a distinct spicy oakiness, but beautifully balanced with vibrant notes of grape and dark fruits. It’s rich, smooth, and velvety on the tongue, an altogether elegant cognac.

The bottle had to do justice to the liquid inside, so Hennessy called on renowned artist and industrial designer Arik Levy, who had worked on special projects for Moët Hennessy before. The result is a bottle so extraordinary that it boggles the mind to look at it even in person. The carafe is inset by eight rings (both the rings and carafe are Baccarat crystal) which are carefully crafted to fit as snugly on the bottle as if they were glued on. The chest in which the bottle is encased is made from 25 layers of oak (one for each decade of Hennessy’s history) from staves produced at Hennessy’s cooperage. The stunning copper inlay inside the chest, which resembles a traditional alembic still, gives off a dramatic glow. Four tasting glasses, a pipette made from oak used for barrels, and a cork holder round out the package.

A package this elaborate, featuring cognacs this rare, is not for the casual drinker; only 250 bottles are being produced worldwide, and Hennessy has made it clear that this is a one-time-only production. The initial edition of 100 bottles, each accompanied by a numbered certificate signed by Yann Fillioux, are priced at about $39,000 per bottle. To a true aficionado of cognac, however, it’s worth any price. Rarely if ever does a single cognac reflect so much of the brand’s history and point the way to the future simultaneously. As Yann puts it, “Nobody else has the ability to make such a blend.” 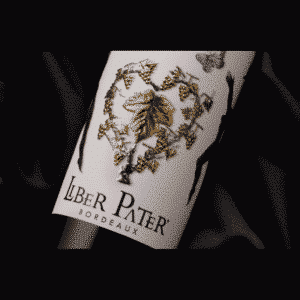 Liber Pater wine and the rush for rare grapes in Bordeaux